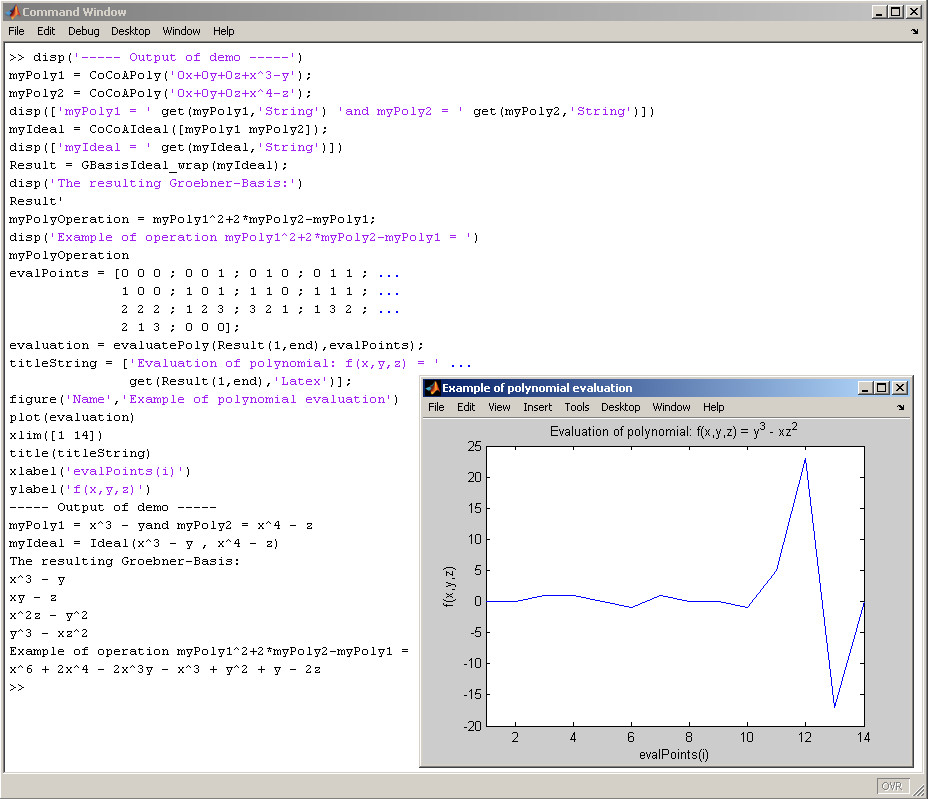 The installation of the pathes is done via a script which is copied in the 'work' directory of your Matlab installation. The script is called startup.m and is loaded upon start-up of Matlab. The precompiled DLL's are based on CoCoALib 0.99.30 and the ApCoCoA 1.1. The setup provides an uninstall program which will remove all files installed by the ApCoCoA-Matlab-Interface (the MatlabToolbox).

Note: Please Uninstall your current ApCoCoA-Matlab-Interface before installing a new version. The setup is provided as a zip-file at the following link: Download